Associated Students of the University of Montana
You are here: 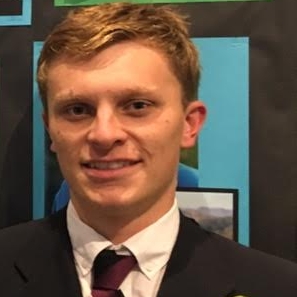 I was born on August 17, 1999, in Manhattan New York. I spent the first portion of my life living in Providence, Rhode Island until my family relocated to sunny Santa Barbara, California when I was 11. Both my parents were in the news business, and my dad operated various television studios around the country, hosting important and influential people including former President Bill Clinton, Energy Secretary Rick Perry, and Carl's Jr. CEO Andy Puzder. My dad's work instilled me with a sense of the importance of following current events from a young age, and during my high school years, I became interested in the political landscape and assessing which issues the individual Americans care the most about. One of the reasons I came to UM was because of their state of the art Political Science program that would allow me to study the most complicated and fascinating aspects of our government and our constitution, as well as political theory in general. After I graduate, I hope to attend law school and either become a political analyst or run for public office. I am honored to have the privilege of serving as an ASUM senator and you can count on me to ensure that your needs and interests are always heard!

-Writing (when inspired, that is)