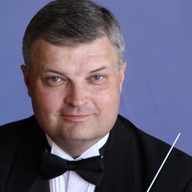 Dr. Griggs is the Associate Director of Bands and Director of Athletic Bands . He has been an active member of the UM School of Music since 2004.  Prior to joining the UM faculty, he taught junior high school band & choir at Payson Jr. High and high school band at Weber High School and Roy High School.  Dr. Griggs studied music education at Brigham Young University where he received a Bachelor of Music Education degree (1992).  He studied Instrumental Conducting at the University of Northern Colorado where he earned a Masters of Music degree (2001) and a Doctor of Arts degree in Instrumental Conducting and Music Theory & Composition (2004).