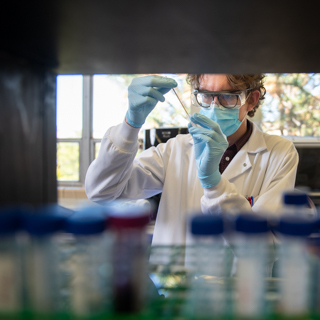 Department of Biomedical and Pharmaceutical Sciences

Missoula is the hub of five valleys and three major rivers – the Blackfoot, the Bitterroot and the Clark Fork. With about 66,000 city residents and 109,000 total residents in Missoula County,  the Garden City is a blend of small-town friendliness and big-city amenities. Thousands of students move to Missoula each year to attend UM, and the University's presence enhances the city's diversity and cultural offerings. UM is also the region's largest employer.

Montana is celebrated for many things, among them its grand mountains, vast prairies, wide-open sky, cool clear rivers, abundant wildlife and friendly, independent people. The fourth-largest state in the nation, the Treasure State has a population of just more than 1 million people, for an average of only 6.8 people per square mile.