If these hours are not conveneint, students may meet with me by appointment

To arrange a Zoom or in-person meeting, students can reach me at 243-2981 and at richard.drake@umontana.edu. See the Zoom meeting link below. 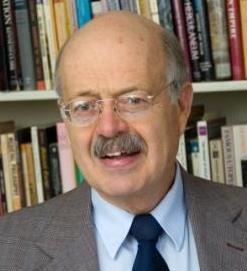 Richard Drake is a historian of Europe and the United States. After graduate work in American history at Brown University and UC Santa Barbara, he earned a PhD at UCLA in 1976 with a specialty in European history. He then taught at UCLA, UC Irvine, Wellesley College, and Princeton University before joining the University of Montana history department. His courses at UM include European Cultural and Intellectual History, Contemporary Europe, Modern Italy, and Terrorism in the Modern World. After publishing four books about Italian history, the course on terrorism prompted the expansion of his research interests to include the United States.

One of the texts for the course is Osama bin Laden’s Messages to the World, where he claims that the 1920 Treaty of Sèvres placed Muslim relations with the West on the path that led directly to 9/11. Under the imperialists’ guise of League of Nations mandates, the Treaty of Sèvres transferred the Arab lands of the former Ottoman Empire to new occupying powers: Great Britain, France, Italy, and–behind the scenes–their financial associates in New York City. To understand what bin Laden meant, it became necessary to examine the origins of the First World War and the ways in which its direful aftermath created or augmented the forces contributing to today’s wars. The 1917 American intervention in the First World War determined this seminal conflict’s outcome.

Research into the momentous American war to make the world safe for democracy repeatedly brought forth the name of Senator Robert La Follette. Among wartime American leaders, he played an outstanding part opposing intervention in the conflict, war-profiteering, the erosion of constitutional freedoms, and the treaties that ended the fighting. No book, however, could be found that traced the evolution of La Follette’s thinking from his initial belief in the beneficence of American foreign policy to the complete breakdown of that faith. The Education of an Anti-Imperialist: Robert La Follette and U.S. Expansion is intended to fill that gap in the historical literature and to draw attention to the prophetic character of his warnings about the dangers to the world and the United States of its militarism and imperialism.

In April 2017 Richard Drake was named the inaugural holder of the Lucile Speer Research Chair in Politics and History.

After thirty-one years as the coordinator of the University of Montana's President's Lecture Series, Richard Drake stepped down from this position in April 2018.

In this clip, Professor Drake talks about his book on the historian Charles Beard:

In this video, Professor Drake discusses the recently released second edition of his The Revolutionary Mystique and Terrorism in Contemporary Italy:

The Education of an Anti-Imperialist: Robert La Follette and U.S. Expansion. Madison: University of Wisconsin Press, 2013.