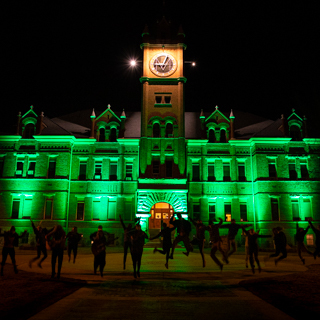 “Irish has the oldest vernacular literature of Europe; our earliest monuments go back to the sixth century.” This statement by Professor Calvert Watkins of Harvard University highlights the unique and ancient literary tradition of the Irish, a tradition embracing two languages (Irish and English) that has attained for Ireland a place among the literatures of the world far out of proportion to the size and population of the island. To know a people, read their literature. The literature of Ireland is the voice of its people; it’s through reading and studying this literature that one hears the story of Ireland, past and present, as told by those who lived it.

The University of Montana offers a number of courses that treat of Irish literature, in both the Irish language and English, from the earliest records down to the present day.  Students studying the literary texts will also consider the various cultural, political, social and ideological contexts which impacted both author and audience at the time. Such an approach will ensure that all graduates of the courses will leave with a greater understanding of the history of Ireland and a finer appreciation of its literary achievements.

All classes are taught in English, and all Irish language material is read in translation.