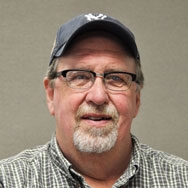 Chris Tweeten was raised in Havre, Montana.  He received his undergraduate degree from the University of Montana in 1974, and his law degree from UM School of Law in 1977.  He served as law clerk for Senior United States District Judge William J. Jameson from 1977-1978.  He then spent 29 years with the Montana Attorney General’s Office and 3 ½ years associated in private practice with Hughes, Kellner, Sullivan & Alke.  He has appeared frequently before the United States Court of Appeals for the Ninth Circuit, and has argued more than 100 cases in the Montana Supreme Court.  He left the Attorney General’s Office in January, 2011, and since then has had a private practice specializing in legal services for state and local governments. As an Adjunct Professor of Law he teaches State and Local Government and supervises the ASUM Legal Services and UM Legal Counsel Clinics.

His public service also includes 25 years as a member of the Reserved Water Rights Compact Commission, which is represents the State in negotiating settlements of Indian and federal reserved water rights in Montana.  He has served as Chairman of the Commission since 1993.  He has participated on behalf of the State in completing fifteen tribal and federal reserved water rights compacts.

Chris and his wife Jeanne live in Missoula with their 18-year-old beagle, Mugsy.  Their sons Andy and Jon live in Washington, D.C. and Missoula, respectively.