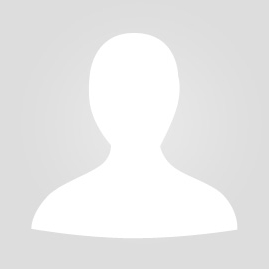 Cynthia Ford teaches Civil Procedure, Evidence, Family Law, and Remedies.  She coached the Trial Team for 20 years, and regularly serves on the faculty of the Advanced Trial School at the School of Law.

Professor Ford grew up in Connecticut where she learned to sail, which served her in good stead as a member of the sailing team at Dartmouth College where she was in the first class of women. She did a foreign study semester at the University of Edinburgh, where she also studied philosophy (and sailed). At the end of three years of college, having completed her undergraduate degree in English and Philosophy, she could not imagine that she would be the first philosopher to definitively determine the reason for life. Thus, she applied to law school and spent another three years avoiding the issue. Imagine her surprise when, after graduation from Cornell Law School in 1978, she actually enjoyed earning a living as a trial lawyer.

Prior to coming to UMLS, Professor Ford practiced in Billings as the first woman at Crowley, Haughey, Hanson, Toole & Dietrich from 1978 to 1983. She was fortunate to have wonderful trial lawyers as her mentors and to make several arguments to the Montana Supreme Court in her time there.  Beginning in 1983, she practiced in the litigation department of Davis Wright and Miller (now Davis Wright Tremaine) and later had a solo practice on Bainbridge Island. She also served as the Chief Judge of the Suquamish Tribal Court on the Port Madison Reservation, and since returning to Montana, served a term as an Associate Justice on the Confederated Salish and Kootenai Court of Appeals on the Flathead Reservation.

In 1990, Professor Ford accepted a tenure-track position at The University of Montana School of Law and has been full-time there ever since. During the summers, she also teaches Evidence at  Golden Gate Law School in San Francisco.

Professor Ford has two children, Meghann (a Montana lawyer) and Spencer (an international marine geologist). Now that they are grown, she has far more time to devote to her parrot, Scarlet O'Feather, and her Irish wolfhound, Fiona, and Westie, Holly.  Professor Ford’s husband, Daniel Gallacher, is a professional historian who frequently serves as an expert witness in courts around the country.

Professor Ford also spends time on all manner of sports, and is always among the top three women at the Montana State Squash Championship. (There never are more than 3.)  She is eternally in quest of elk and deer, and is hoping to become a birdhunter in the near future.