The University Center is lucky enough to host an expansive indoor garden located in the atrium, as well as various outdoor gardens around the perimeter of the building. The Atrium garden is comprised of a diverse blend of tropical, sub-tropical, and temperate plant species. Walking into the UC's atrium - especially in the wintertime - transports visitors to the pleasant surroundings of a tropical garden. The addition of running water in the form of a bubbling brook provides a sense of serenity felt by all who frequent the building.

The outdoor gardens are comprised of perennial plants, medicinal plants, drought tolerant plants, vegetables, herbs, and plants that attract pollinators and beneficial insects. These gardens are used by many departments on campus for educational purposes through plant tours, offered by the gardening staff.

The UC Gardens are intended to enhance a safe, educational, and beautiful experience without adverse effects for the surrounding natural environment. The UC Gardens inside and around the building have been designed for beauty, education, and public interest. The gardens serve as a living laboratory and resource for classes, internships and independent studies. Montana artists and students use the gardens to display their work. In addition, University Catering guests consume fresh in-season vegetables and herbs straight from the outdoor gardens while local agencies benefit from the excess harvest.

History of the Gardens

Initially, the 1965 planning commission designed the UC as three separate buildings connected by a courtyard. The gardens of this first plan were designed to tie the three structures together. But before the building opened in 1969, the roof and glass entrances were added to the project due to concerns of drifting snow and the cold Hellgate winds. The planters in the atrium were landscaped with plants indigenous to Montana and other temperate plants. Those plants died shortly after their first year because they didn't receive the cold period they needed for their buds to break dormancy.

Between 1971 and 1972, a change to the interior plants was made, and new plants from more tropical climates were planted. Many of the tropical plants, including primitive Cycads, the banana like Heliconia (Lobster Claw), and the South African Strelitzia Nicolai (Giant Bird of Paradise) were donated to the UC by the University of Texas. They also donated the now three-story tall Ficus lyrata (Fiddle-leaf fig tree). The tree was planted in 1972 when it stood only 8 feet tall. 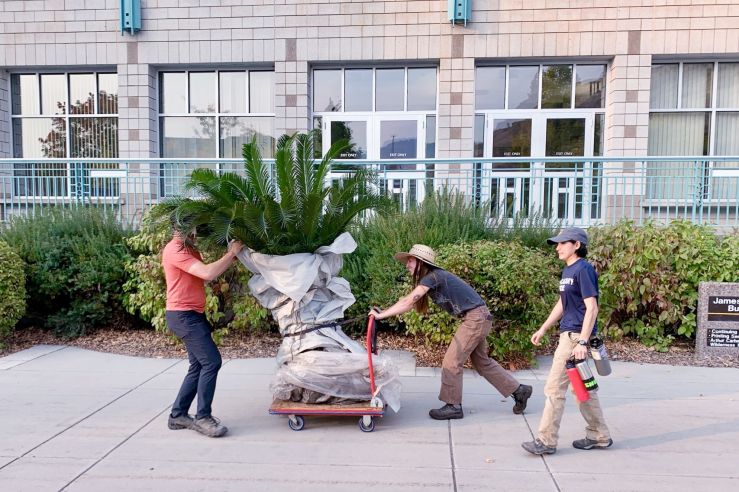 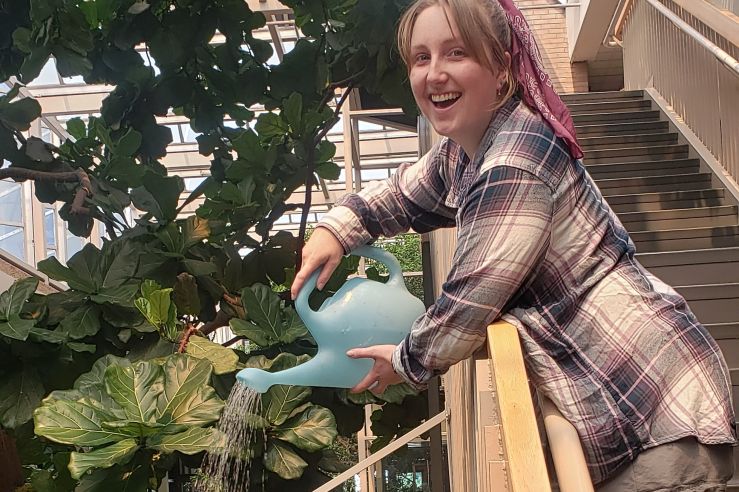 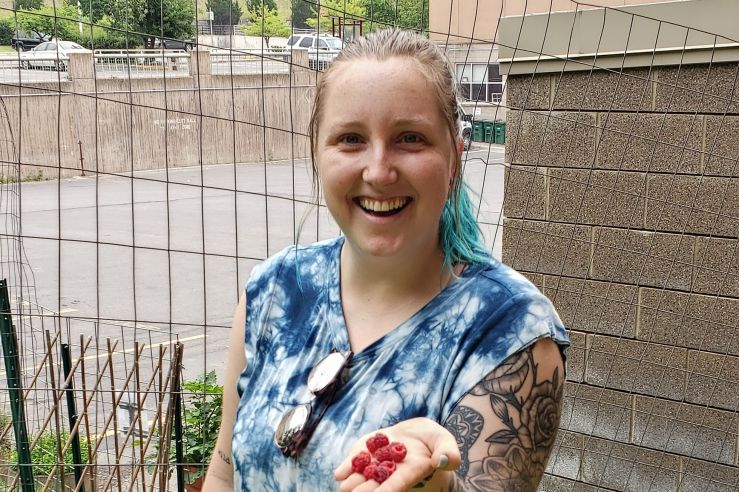