Mike Mansfield was born in New York City, the son of Irish immigrants. His mother died when he was a toddler, and his father sent Mike and his two sisters to Great Falls, Montana to live with his great aunt and uncle. In World War I, a 14-year-old Mike lied about his age to enlist in the Navy. After the war, he joined the Army for a year as a medical corpsman, followed by a two-year stint in the Marines. His Marine service featured time in Manila, China, and Japan, sparking his life-long love of Asia. Still a teenager with only a seventh grade education, Mike then returned to Montana and worked as a copper miner in Butte.

Maureen Hayes was born in Irondale, Washington but grew up in Butte, Montana. She attended Clarke College (which would later present her with an honorary doctorate in 1977) and then transferred to St. Mary’s, the women’s college of Notre Dame University, for her A.B. degree. After completing her degree, she returned to Butte and worked as a teacher.

Maureen and Mike met in 1928. Maureen encouraged Mike to pursue his education, and so he passed his high school equivalency exam and attended the University of Montana. After they married, Maureen cashed in her life insurance and worked as a social worker to support her husband while he earned his bachelor’s degree in history. They then both went on to earn master’s degrees, he in history and political science and she in English.

Following his graduation, Mike accepted a position at UM as an administrator and professor of Far Eastern history. Although he left the University to enter politics in 1942, he remained a permanently tenured Professor of History at UM for six more decades.

Encouraged by Maureen to run for political office, Mike served in the House of Representatives (1943 – 1953) and in the Senate (1953-1977). Maureen acted as a dedicated campaigner throughout his service. Acknowledged as a specialist in Asian affairs, Mike also had the opportunity to support relations with South America and the world.

Although he was an early supporter of Ngo Dinh Diem, Senator led a behind-the-scenes effort to end the Vietnam War beginning in the late sixties. As Senate Majority Leader from 1961 to 1976, he was also pivotal in the rapprochement between Washington and Beijing, and in the Civil Rights Act of 1964. In April 1977, President Carter appointed him American Ambassador to Japan with Maureen at his side. Reappointed by President Reagan, he continued in that position until 1988, completing the longest tenure of any U.S. Ambassador to Japan.

Of their work, Mike always stated that “What we have done, we have done together.” The Mansfields spent their final days in Washington, DC. Maureen passed in 2000, and Mike passed soon after, in 2001. 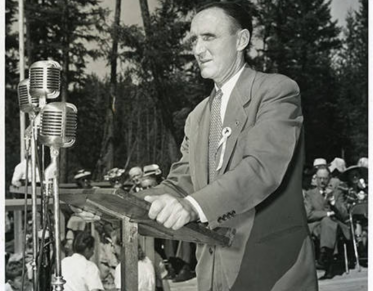 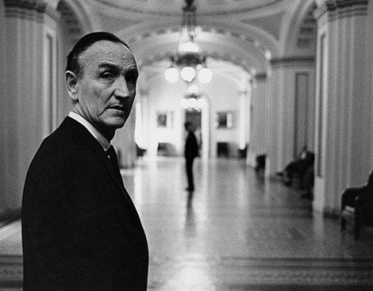