Tuesday and Thursday, 3:30-5pm and by appointment 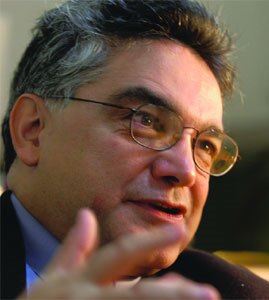 Mehrdad Kia is Professor of History and Director of the University of Montana's Central and Southwest Asian Studies Center. His research and teaching focus on the history of the Middle East, Central Asia, North Africa, and Islamic Civilization. He has studied the intellectual history of nineteenth-century and early twentieth-century Iran, the Ottoman Empire, and Transcaucasus. He has published extensively on the emergence of a new Muslim intelligentsia that focused primarily on issues of political modernization, socio-economic reform, and the relationship between the Islamic world and the West. His undergraduate courses include Islamic Civilization (Classical Age and Modern); Iran Between Two Revolutions; Nationalism in the Modern Middle East; and Islam and the West. Professor Kia has won several teaching awards at the University of Montana including in 1997 the Distinguished Teacher of the Year and in 1999 the Most Inspirational Teacher of the Year. In 2000 the Carnegie Foundation for the Advancement of Teaching directed by the Council for Advancement and Support of Education honored Professor Kia as one of the U.S. Professors of the Year.

Professor Kia works with graduate students who study various aspects of Islamic civilization and culture, as well as those studying the rise of nationalism and anti-colonial movements in nineteenth-century and twentieth-century Central Asia, Middle East and North Africa. He is currently working with graduate students whose research focus on colonization of Central Asia and parts of the Middle East by the Russian and British empires. Professor Kia is accepting both MA and PhD students in the next admissions cycle. Please contact him by e-mail or by phone if you are interested in working with him as a graduate student.

"Mirza Fath Ali Akhundzadeh and the Call for Modernization of the Islamic World." Middle Eastern Studies 31 (1995).

"Nationalism, Modernism, and Islam in the Writings of Talibov-i Tabrizi." Middle Eastern Studies 30 (1994).