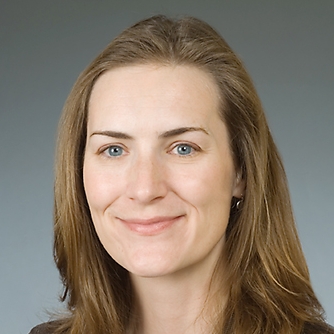 I am an education historian.  Most of my colleagues know me as someone who has studied American Indian histories and their corresponding education histories.  After studying this field for a number of years, and having tinkered with a variety of different digital and analog platforms, I am increasingly interested in how people think about their past and their relationships to their own pasts and those of people with whom they are connected.  This means that I am looking at established patterns across various popular corpora as well as gaps in those same bodies of literature that, in hindsight, should not be there based on individuals’ and groups’ experiences.  I am interested in learning, how it manifests as education, and how it continues to beget itself in social environments.  This means that I’m very curious about how researchers approach their studies, and I’m interested in how people have discerned meaning and figured out different ways to live in their worlds.  There are many ways of doing so.

Lawrence, A.  Fear, Honor, and Amnesia in Learning to Colonize the American West.

This book is an education history, but it is not about the school.  Rather, it uses the school as a prism to study the educative processes associated with colonization and racialization in the American West.  Specifically, Lessons from an Indian Day School is a microhistory, or ethnographic reconstruction, of federal Indian policy implementation along the Rio Grande Valley during the first decade of the twentieth century.  Drawing from the correspondence between Clara D. True, a Bureau of Indian Affairs (BIA) day school teacher stationed at Santa Clara Pueblo, and Clinton J. Crandall, the superintendent of the Santa Fe Indian School and the northern Pueblos region, this book examines how federal Indian policy was interpreted and appropriated by a variety of actors during an intense period of colonization in the United States.  Through the sites of the Santa Clara day school and the Santa Fe Indian School, U.S. government agents, Pueblo Indians, and Hispanos actively negotiated federal Indian policy from positions within their respective communities and appropriated—thereby making—policy to suit their own needs and desires.

Lawrence, A. (2019).  Precolonial Education in the Western Hemisphere and Pacific.  In Eileen Tamura and John Rury (Eds.), Oxford Handbook of the History of Education.  New York: Oxford University Press.

Lawrence, A. (2013).  Learning How to Write Traditional and Digital History.  In Jack Dougherty and Kristen Nawrotski (Eds.), Writing History: How Historians Research, Write, and Publish in the Digital Age.  Ann Arbor:  University of Michigan Press.  http://writinghistory.wp.trincoll.edu/.

Part 1:  Lawrence, A. “Our Trickster, the School.”  [serialized article]  Education’s Histories, May 1, 2014.  http://www.educationshistories.org/trickster-school-part-1/.

Part 2:  Lawrence, A. “Our Trickster, the School.”  [serialized article]  Education’s Histories, May 8, 2014.  http://www.educationshistories.org/trickster-school-part-2/.

Part 3:  Lawrence, A. “Our Trickster, the School.”  [serialized article]  Education’s Histories, May 15, 2014.  http://www.educationshistories.org/trickster-school-part-3/.

Part 4:  Lawrence, A. “Our Trickster, the School.”  [serialized article]  Education’s Histories, May 22, 2014.  http://www.educationshistories.org/trickster-school-part-4/.

Lawrence, A. (2008).  “’How do you know what to ask?’:  Disciplinary Epistemologies and Heuristics in the Academy and Secondary Social Studies Classrooms.”  International Journal of Interdisciplinary Social Sciences. 3(9), 121-128.

Lawrence, A. (2017). A review of Carlisle Indian Industrial School: Indigenous Histories, Memories, and Reclamations. Journal of the History of Childhood and Youth. 10(3), 466-467.

Lawrence, A. (2016).  A review of Education at the Edge of Empire: Negotiating Pueblo Identity in New Mexico’s Indian Boarding Schools.  History of Education Quarterly. 56(1), 188-192.

Lawrence, A. (2006). A review of Feast of souls:  Indians and Spaniards in the seventeenth century missions of Florida and New Mexico by Robert C. Galgano.  Journal of the West.  45(2), 86-8

Communal Bison Hunting on the Northern Plains in the Dog Days. (2015).

Lawrence, A. (2000).  Voyage of thought across Asia and the Middle East.  Denver, CO:  Colorado Department of Education.

National Council for the Social Studies

Studied at the University of Otago, Dunedin, New Zealand, 1993