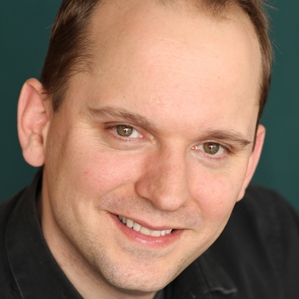 Dr. Smart is the Director of Bands and Trumpet at the University of Montana where he conducts the Symphonic Wind Ensemble, teaches applied trumpet, undergraduate and graduate conducting, and music education courses.  Under his direction, the Symphonic Wind Ensemble was selected to perform at the joint 2010 Western/Northwestern Region College Band Directors National Association Conference in Reno, NV and the 2013 NAfME All-Northwest Conference in Portland, OR.  Dr. Smart is also the founder, producer, and co-conductor of the annual Fusion Concert where over 25 acts showcase the diversity of the UM School of Music in one seamless stream of music.

Dr. Smart was invited to attend the International Ensemble Modern Academy in Schwaz, Austria and study under the tutelage of conductors, Michael Gielen and Franck Ollu, as well as the musicians of Ensemble Modern. The experience resulted in two public performances with IEMA members from 30 conservatories across the globe at the Klangspuren New Music Festival in Schwaz and Innsbruck, Austria.

He holds a Bachelor of Music in trumpet performance and music education from the University of Michigan and a Master of Music Education and Doctor of Musical Arts in Conducting from Arizona State University.  During his time at ASU he served as acting associate director of bands, acting director of the Arizona Contemporary Music Ensemble, co-music director of the ASU Lyric Opera Theater for the Western U.S. premier run of Joseph Turrin’s Scarecrow, and guest conductor on several occasions with the ASU Sinfonietta Orchestra.  Dr. Smart’s conducting teachers include Gary Hill, William Reber, H. Robert Reynolds, Timothy Russell, Kevin Sedatole, and James Tapia. He has continued his conducting studies in workshops with Michael Christie, Michael Gielen, William Larue Jones, Kenneth Kiesler, Craig Kirchhoff, Allan McMurray, and Franck Ollu.

As a trumpet player, Dr. Smart studied with Charles Daval, Ramon Parcell, and Kevin Good.  He has also studied in lessons and master classes with Charlie Butler, Allan Dean, and Charlie Schlueter.  In addition to performing in collegiate bands and orchestras at the University of Michigan and Arizona State University, Dr. Smart has performed with the Missoula Symphony, Orchestra of Southern Utah, North Idaho Symphony, Arizona Contemporary Music Ensemble, and several collaborative faculty and chamber performances at the University of Montana and Southern Utah University.

He, his wife Amy, son Benjamin, and daughters Natalie and Caroline live in Missoula.