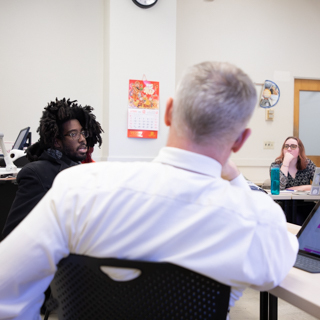 Those who take the AAST major, minor, or certificate will likewise be equipped to talk alongside, through, and in the midst of the racial fracture lines that mark this nation as a country where the color of one's skin is socially significant. In all these efforts, we promote scholarship that is driven first and foremost by an interest in creating knowledge and furthering our understanding of the African-American experience.

The interdisciplinary curriculum of African-American Studies includes course offerings from the following academic disciplines: anthropology, economics, English, geography, history, music, political science, and sociology. Some topics of study include African heritage and cultural continuity among African Americans; African-American identity issues and cultural variation; the history of African-American protest and resistance, including the abolitionist, anti-lynching, and civil rights movements; the Harlem Renaissance; the social dynamics of integration and segregation; and the various circumstances of, and prospects for, African Americans in the 21st century.