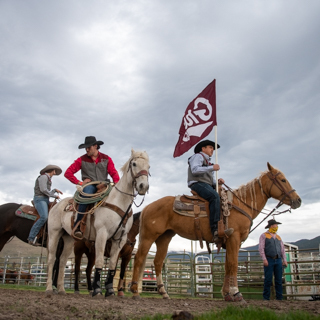 Today, it enjoys prominence as one of the premier rodeo organizations in the Big Sky Region. The rapid growth of UM Rodeo in the '90s is the result of the efforts of the UM Rodeo Board of Directors. They have taken on responsibility for raising the money necessary to recruit and train the top student-athletes who represent the University of Montana and the community, setting team policy, and planning for the perpetuation of this great tradition.