School of Art
You are here: 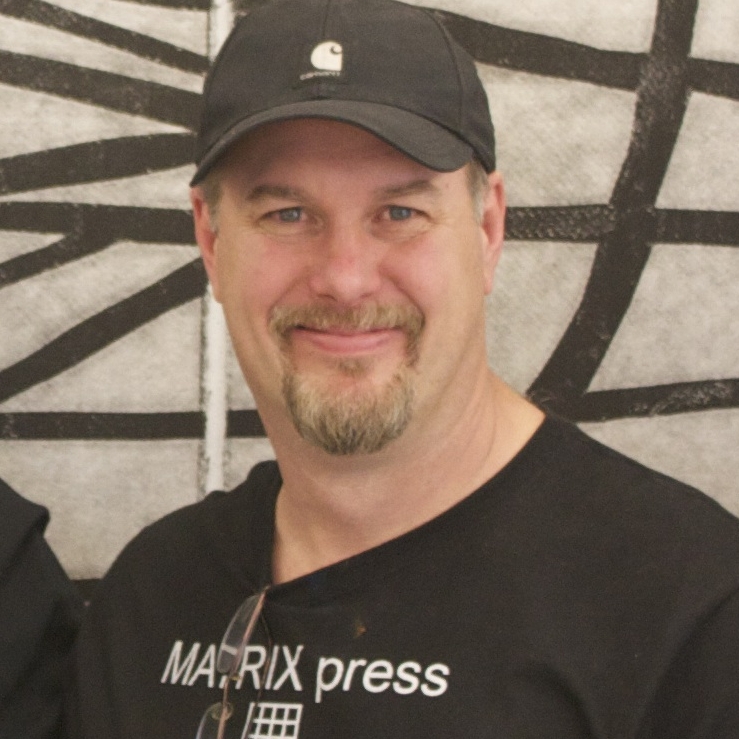 Biography
James Bailey was born in New Jersey, and grew up in Minneapolis, MN. He earned his B.F.A. from the University of Minnesota and his M.F.A. from the University of Wisconsin-Madison and is currently an artist and Professor in the School of Art at The University of Montana. In 1998 he established Matrix Press, the publishing component of the print program, which brings in nationally recognized artists to collaborate in the production of limited edition prints and he is also one of the co-founders for the Annual Day of the Dead Steamroller Print Project which recently completed its seventeenth year.

As an artist, James continues his research into both traditional and experimental approaches in printmaking. James has exhibited his work nationally and internationally in over 300 exhibitions and national print portfolios across 35 states as well as Estonia, France, China, Australia, Portugal, Wales, New Zealand and Canada. His work can be found in numerous public and private collections including those of the Walker Art Center, New York Public Library, Jundt Art Museum, Boise Art Museum, Mesa Arts Center, Hillard University Art Museum and Sioux City Arts Center among others. James was interviewed for the full length documentary film on printmaking titled Midwest Matrix and he serves on the board for the Printmaking Legacy Project.