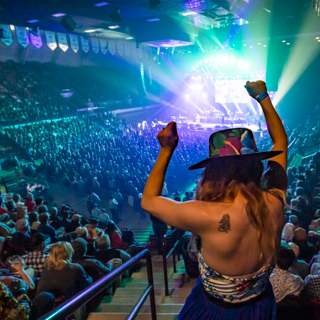 Jonathan Paul Cambry is a Haitian-American, classically trained pianist from the south side of Chicago. He has been playing piano since the age of 3, studying with David Andrews of the Suzuki-Orff School for 15 years. He is currently one of the most viewed and most subscribed pianists on YouTube to date, with over 2.5 million views and over 5800 subscribers. He has posted over 37 music videos of himself playing the works of Scriabin, Rachmaninoff, Chopin, Liszt, Ravel and other composers. Thanks to his YouTube popularity, he was invited to perform in a gallery opening in New York, performances in Svendborg-Denmark, Amsterdam, Malaysia, Italy, and all over the United States. In 1997, Cambry won the Silver Medal at the NAACP ACT-SO Awards competition for the Music Instrumental-Classical category and in 1998 and 1999 won the Gold Medal in the categories of Music Instrumental-Classical and Music Instrumental-Contemporary.

In 2000, shortly after finishing high school at the University of Chicago Laboratory Schools, Cambry was invited to perform and study in a prestigious 3-month intensive program in Casalmaggiore, Italy where he studied with Sedmara Zakarian Rutstein of the Oberlin Conservatory and Mario Delli Ponti who is a world renowned teacher and lecturer. While at Northern Illinois University studying with William Goldenberg, Cambry was the recipient of the Jane Jenkins Lovering, Memorial Scholarship (2005) and received a Master Class from Martin Canin, professor emeritus of the Juilliard School of Music in New York City. Cambry currently studies with professor Kuang-Hao Huang, one of the most popular collaborative pianists located in Chicago, IL.

Cambry continues to play in recitals, compose movie soundtracks, and perform in a variety of music projects. He is the featured performer and musical director for Sonatasia, founded by architect David M. Parker (www.sonatasia.com) which is a project that originated in Laguna Beach, California that combines classical music and architecture. Through this opportunity, Cambry was able to collaborate with many other prominent musicians and dancers. Most recently in March of 2010, Cambry and Parker collaborated and raised over $3000 for Haiti. In Chicago, Cambry hosts the largest monthly-organized piano meetings in the city, located at www.meetup.com/pianoparty. Cambry is also working on soundtracks for independent movies with his brother Emile Cambry Jr., an adjunct professor of Northwestern College and former interim-CEO of JW&C Public Accounting Firm of Chicago, IL. One of Cambry's main goals is to raise a significant amount of money for Haiti since many of his relatives still live there, having to deal with the aftermath of the earthquake devastation that has crippled the nation. Using his skills in technology and music, Cambry will attempt to succeed and make this dream a reality.