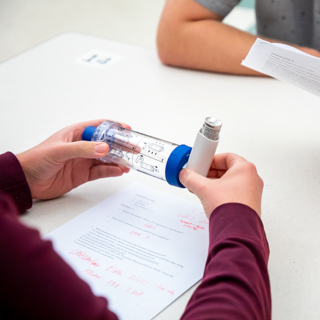 Institute of Health and Humanities

Presentations by UM student recipients of the Ridge Scholarship.  Projects intersect the Humanities and health/healthcare.  Free and open to the public.

Free Quarterly Film and Discussion Series for the public focusing on the intersection of health/healthcare and humanities. Please join us for the next film screening on Friday, September 9 at the Roxy Theater in downtown Missoula. The film will start at 7pm, to be followed by a panel discussion. The event will be held in coordination with Suicide Prevention Week.

The Provider Reading Group was held on Wednesday, July 20 from 7-8:15 p.m. The June selection, the poem A Worker’s Speech to a Doctor by Bertolt Brecht, raises questions about social determinants of health, any provider responsibilities to address them, provider/patient relationships, and more. We also discussed the song Speed Trap Town by Jason Ibell. (Optional reading: “The Rise of the Medical Humanities".

A screening of The Purity Myth was held on Monday, June 13 at the Roxy Theater in downtown Missoula, and was followed by a panel discussion with Adri Ramos of the Blue Mountain Clinic; Andy Johnson, graduate student at the University of Montana; Sarah Donald, member of the Planned Parenthood Teen Council; and moderated by Dustin Satterfield, Sociology and Women's, Gender, & Sexuality Studies faculty member at the University of Montnana.

The Ridge Symposium was held on Tuesday, April 26, 2016 featuring presentations by four Ridge Scholars. More information about scholars can be found on the Ridge Research Awards page.

Roots and Wings, an original one-woman theater and dance piece about being misdiagnosed with a serious illness and recovery, was performed April 22 and 23, 2016. This event was co-sponsored by the Red Willow Learning Center.

Hosted the Climate Change and Health series in March, 2016. This event was co-sponsored by Climate Smart Missoula and the American Lung Association. The series included:

3/15: What Does Climate Change Have to Do With Heart Health?  Mark Vossler, MD, Washington Physicians for Social Responsibility.

3/19: Wisdom to Survive, a film with audience discussion following.

Hosted Health Implications of Climate Change, a presentation by Drs. Lori and Rob Byron, on February 9, 2016. This event was co-sponsored by the Montana Chapter of the American Lung Association.

The Rocky Mountain Dance and Theater School screened two films about dance and health during the International VIBE event in Missoula in January, 2016. This event was co-sponsored by The Insitute of Health and Humanities.