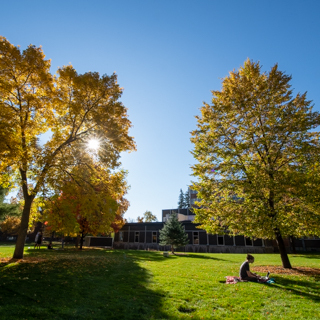 At times, communication occurs too quickly and informally. The result may be inaccurate assumptions which ultimately become myths. Here is our attempt to dispel some commonly-held myths concerning labor negotiations and salaries and replace them with factual information.

MYTH: All non-academic staff at the University of Montana are members of the Montana Federation of Public Employees Association (MFPE) union.

FACT: There are 9 unions covering eligible staff members at the University of Montana main campus and the Missoula College. The unions are listed as follows:

MYTH: All campuses in the Montana University System (MUS) have the same bargaining units/unions representing the same positions across the system.

FACT: There are a variety of bargaining units/unions that represent the union employees at the various campuses of the Montana University System. While some do represent the same or similar positions across the system, there are others which are unique to one campus and or a group of positions.

MYTH: University administrators decide who is in and who is out of each union.

FACT: Union affiliation is determined in accordance with the unit determination. University administration may not deviate from the approved unit determination unless negotiations between the union and the University System result in agreement to add or delete positions. When each union initially submitted a petition signed by interested employees to the State Board of Personnel Appeals (in some instances more than 30 years ago), that Board determined the appropriate bargaining unit by considering: community of interest, wages, hours, fringe benefits, and other working conditions of employees involved, the history of collective bargaining, common supervision, common personnel policies, extent of integration of work functions and interchange among employees affected, and the desires of the employees. (§39-31-202, M.C.A.) The Board of Personnel Appeals then conducted an election of the appropriate groups of employees.

Note: The Board of Personnel Appeals is a five member quasi-judicial board charged with providing appellate level review for matters involving the Collective Bargaining Act for Public Employees. The Board also serves as the appellate board for grievances involving Fish, Wildlife and Parks and Department of Transportation employees as well as wage and classification appeals by employees of the State of Montana.

MYTH: Any employee of the University may join a union.

FACT: State law (§39-31-201, M.C.A.) provides public employees the right to form or join a union or assist any labor organization/union with the following exceptions:

Note: Some collective bargaining agreements have minimum FTE (full-time equivalency) assignments and length of employment before being a member of a particular union.

MYTH: If I am currently a member of a union, can I decide I no longer want to be affiliated with the union and request I become non-union?

FACT: Once your position has been designated as union-affiliated, regardless of your specific status as a dues paying member, the position may only become a non-union staff employee in two ways:

The job duties change significantly and the position is reclassified. The "new" position is no longer union-affiliated under one of the above-referenced exclusions; or

The union bargaining representative agrees to exclude your position from the union through negotiations.

MYTH: Does the President of the University of Montana have the authority to negotiate collective bargaining agreements with those UM employees represented by unions?

MYTH: Is UM administration involved in negotiations with staff unions?

FACT: The Director of Labor Relations employed at the Commissioner's Office serves in the role of "chief negotiator" for all staff collective bargaining sessions. The Associate Director of Labor and Employee Relations in Human Resource Services in Missoula, along with the management representatives from each affiliated campus, serve as members of the management team during labor negotiations. The President delegates to these individuals the responsibility to represent the views of UM administration to other members of the management team - including the Commissioner of Higher Education representative and representatives of Montana State University campuses.

MYTH: Does the State of Montana Labor Relations Bureau, on behalf of the Governor's Office, negotiate with MFPE for staff of the Montana University System?

FACT: Negotiations between the State of Montana and MFPE do NOT cover employees of the University System. During these negotiations, MFPE is representing only union members employed by other State agencies (e.g. Department of Corrections, Department of Labor & Industry, Department of Transportation, etc). These negotiations are legally separated from those held between MFPE and the Montana University System. Even though MFPE is the same union which represents some University System staff, they are different bargaining units with different collective bargaining agreements. No management representative from the Office of the Commissioner of Higher Education or any campus of the University System has ever attended negotiating sessions between MFPE and the State of Montana, nor will the Governor's Office representative permit such attendance.

MYTH: Does the Legislature appropriate funding to the University System for the entire cost of the pay plan.

Pay Plan appropriations by the Legislature to the University System are based on the negotiated agreement between MFPE and the State of Montana Governor's Office. The level of appropriation historically funds only approximately 45 percent of the cost of the classified Pay Plan for University System employees holding positions funded by General Fund dollars. Of course, no funding is appropriated for any positions funded by designated, auxiliary or grant sources. At the University of Montana - Missoula, approximately 45 percent of staff positions are State General Fund. That means the legislature funds only approximately 21 percent of the total cost of the Pay Plan for all University staff - regardless of funding source.