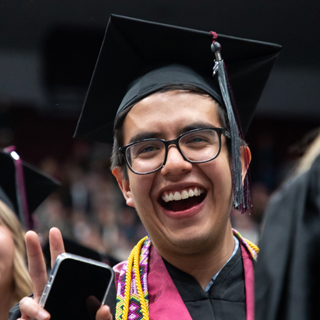 The University of Montana School of Journalism is one of the oldest schools of journalism in the country. It celebrated its 100th year in 2014-15. The school was established in surplus army tents on the Oval in 1914 and was later moved to the "old" Journalism Building in 1936. As the program grew, the Department of Radio-Television (RTV) was relocated to the Performing Arts/Radio Television building in 1985, with RTV faculty offices in a nearby house on Eddy Avenue. In 2007, after a campaign that resulted in $10 million in private donations and $4 million in state and university funding, the School's faculty and students were once again united under one roof with the opening of our state-of-the-art facility, Don Anderson Hall.

The School, founded by Arthur L. Stone, one of the best-known newsmen and educators in the West, was first accredited by ACEJMC in 1948. It has had only nine permanent deans. The School’s focus on instruction in print journalism, ranging from reporting, editing, and photography to advertising and typesetting, has both expanded and changed over the years. Sequences in radio and television were added in 1958 and, with the advent of modern methods of design and printing, typesetting was dropped. When the primary professor of advertising retired in 1974, the School decided to concentrate instruction in its core strengths: news reporting and production in both print and radio-television.

Our success lies in our focus on professional training and in the faculty’s embrace of new technology without abandoning our commitment to teaching critical thinking, clear writing and ethical values, complemented by a strong liberal arts foundation. We believe evidence that our mission continues to be met lies in the quality of both our students and graduates. In the last seven years, a number of our students have won highly competitive national awards and fellowships. Three students have won first place in the Hearst Journalism Awards, several have won first place national Society of Professional Journalists awards and regional Emmys. The student documentary took a Best of Festival from the Broadcast Education Association and, in 2010, UM was the only journalism program in the country to place in the top 10 in all three categories of writing, broadcast news and photojournalism in the Hearst Awards. Through the years, our alumni have continued to distinguish themselves by winning Pulitzer Prizes, Emmys and other professional recognition.