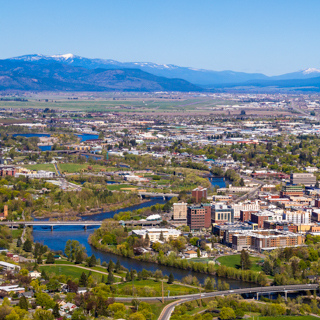 Where have we been?

The Rural Institute (RI) settled on Missoula as home base in 1979; 4 employees shared a rental house close to the University of Montana.  Later, the RI moved to the "Pigeon Palace", a corner office in Main Hall; pigeons would visit RI offices through windows left open to mitigate the summer heat.

Next, the Rural Institute staff moved from Main Hall to the former University library on the top floor of the Social Science Building. Later, the RI moved to the old bowling alley in the University Center (UC) where the bank, shipping center and hair salon are now.

When the University remodeled the UC, the Rural Institute left their bowling alley office. The RI was growing. Many staff relocated to the dorm rooms in Corbin, while others moved to the basement of Curry Health Center.

MonTECH and other service programs operated between 2009 and 2015 in a community office complex at 700 SW Higgins in Missoula. MonTECH’s developmental disabilities adaptive equipment program was located in an office complex in north Missoula from the late 1990s to 2017, when the program ended.

Currently, the Rural Institute is housed in Corbin, North Corbin, Brantly and McGill Halls on the University of Montana campus, and in the Center for Inclusive Education at MSU: Billings.