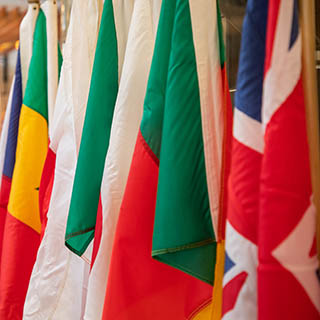 Japanese at the University of Montana

UM’s Japanese section ranks among the strongest programs in the northwestern United States. We offer a full four years of rigorous Japanese language instruction, as well as courses on Japanese history, historical linguistics, popular culture (including manga, film and anime), and Japanese literature of the classical, early modern and modern periods. Courses covering Japanese religion, political science, East Asian history and Chinese studies are also offered at UM and may be counted as outside electives for the Japanese major.

Japanese is one of the most popular languages in the department of World Languages and Cultures, with a consistent core of majors and minors. Our course offerings equip students with the language skills and cultural knowledge necessary for a career in Japan-focused fields, whether in Japan or elsewhere.